A produção do FGFR3

In the last articles we briefly reviewed a number of potential options to stop the activity of the fibroblast growth factor receptor 3 (FGFR3) to block its effects in the chondrocyte, the cell responsible for creating the template where the bone will be built. Due to the excessive activity of this receptor (remember, FGFR3 is a natural brake controlling the bone growth pace), chondrocytes multiply (proliferate) less than expected leading to an impaired bone development. The clinical result is achondroplasia. Besides blocking the receptor activity, there are other ways we can stop FGFR3 from exerting its actions. For instance, we can also block its production.

However, it is important to understand that FGFR3 is not a villain. This receptor is part of a very complex program that controls the bone growth. We would not like to simply abolish its production, because this could also cause trouble. So, how to manage this challenge?

Before reaching the cell membrane, FGFR3 must be expressed (produced) by the chondrocyte. Science is just beginning to unveil the complexity of the chemical machinery that governs life, which includes understanding how the genes are read and proteins are produced. Let´s talk a bit about this.

The human genetic code is organized in chromosomes, chemical structures made of proteins and DNA that carry all genes. We have two pairs of 23 chromosomes, and each chromosome of these pairs is inherited from our parents (one from the mother, one from the father). This also means that we earn each of the thousands of our genes in pairs, in the same way. The following link will take you to an animation which shows how chromosomes are organized. The end comes with a bonus, it will show you how cells multiply (proliferate).

Now, we must remember the nature of achondroplasia. Achondroplasia is an autosomal dominant genetic condition caused by a mutation in just one of the two FGFR3 gene copies everyone has within the genetic code. In other words, in achondroplasia, instead of two similar copies of normal FGFR3 genes, the carrier has two different copies, one of them with the normal composition and the other bearing the nucleotide switch (G1138A) which causes this condition. The altered gene rules over the normal one (it is dominant). The dominance here is a result of the excessive activity of the mutated protein, which in the jargon is called gain-in-function.

When the chondrocyte receives a specific order (a chemical signal), it starts the process by which the FGFR3 genes (both of them) will be read, allowing the production of the protein FGFR3 (the normal and the mutated ones).  Take a look in this animation, which shows how a gene is read and the information required to the production of a protein is obtained and processed.

The process by which a gene is read is called transcription. Basically, the gene made of DNA will be copied (transcribed) in the form of a molecule made of RNA, which is called messenger RNA (mRNA). The mRNA is driven out of the cell nucleus and taken to the ribosome in the cytoplasm, where it will be read, in a process called translation. Think in the ribosome, a small cell organelle, as an assembly line. It will recognize the sequence of nucleotides and create a chain of amino acids, which will be chosen according to that sequence. Take a look to this article in Wikipedia, which is a rich source of information about amino acids and how they are organized to form proteins.

The whole process is incredibly complex and this text and the animation I recommended above, although fits to explain it, are also simplifications. Let´s see a bit more about the post-transcription process, because here we have some opportunities where we can stop the mutated FGFR3 to be produced.  No pumped FGFR3, no bone growth arrest.

Getting into the cell nucleus

We are still far from knocking down a bad gene directly in the DNA. Thus, we will not talk about correcting the mutation itself. Although we cannot change the basic DNA code we can, for sure, modify the result of it, although it is not a simple task.

We are going to explore a complex topic. The text may seem sometimes quite arid. If this happens, try visiting the references I am including in the text. They could explain in other ways the processes we will be exploring, which in turn can help facilitate the understanding.
During the last years, it has become increasingly evident that RNA is much more than a ‘servant’ of the genetic code processing. Researchers discovered that RNA has several other relevant distinct functions than being a messenger of DNA, which includes the ability of regulating the progress of the mRNA to protein translation. In other words, RNA, in one of the several formats it can assume, can tell which gene will make a protein and which one not, a very powerful function.

This ability of RNA has been called RNA interference and several kinds of RNA molecules may interfere in the protein production path. Before we continue, visit this link, sponsored by Nature (the Journal), which will take you to a very illustrative (and technical) animation which shows DNA transcription and also how the RNA interference mechanism works.

If you watched the video, you learned about the micro RNAs, or miRNAs (or miR n, where n is a numeric code given to miRNAs). The miRNAs are small pieces of RNA that can identify a sequence of nucleotides within a mRNA, binds to it and stop the process of translation of the mRNA into a chain of amino acids (the future protein). Many (hundreds) miRNAs have already been discovered and they play a very relevant control function on protein expression (production). The lack of a specific miRNA can lead to several diseases, because if a given protein is released excessively the consequences may be harmful for the cell (for instance, cancer). You can learn more about miRNAs reading this article in Wikipedia.

In short, the mode of action of a miRNA is as following: each miRNA has a sequence of nucleotides that is complementary (it combines perfectly) to a sequence in the target mRNA. When a miRNA binds to a mRNA, the messenger cannot be read anymore in the ribosome and is driven to degradation and the protein is not produced anymore. The complementary nucleotide sequence is short, so one property of the miRNAs is that although they are very specific for the targets, there are several mRNAs bearing the same complementary sequence and therefore are targets of the same miRNA.

For instance, the miR 99a can hinder the FGFR3 mRNA to be translated into the protein FGFR3. Could we use miR 99a to block FGFR3 in achondroplasia? The problem here is that miR 99a also blocks other protein expression, such as of mTOR, which is a very important enzyme in cellular processes. When the disease is cancer and both FGFR3 and mTOR are influencing the tumor growth, it may be interesting to block these enzymes by a miRNA like miR 99a. However, what would be the effect of this kind of action in a growing child? What about the other enzymes else than FGFR3 being blocked by this controller miRNA? To learn more about the tests made with the use of miRNA 99a in FGFR3, please visit the Oncogene Journal website to read this paper published in March 2011.

In summary, we have briefly started to learn about the existence of RNA molecules capable of controlling the production of proteins. The first class of these RNA agents is represented by the micro RNAs. At least one of them, miR 99a, could be theoretically used in ACH to control FGFR3 production. However, unless there is an unique and exclusive miRNA capable of identifying the mutated region of the FGFR3 mRNA transcript and bind to it, giving miRNAs like the miR99a does not seem to be the best strategy to treat achondroplasia. Micro RNAs maybe not the best tool, but there are others.

We have just started to explore potential approaches to stop or reduce the production of FGFR3 to treat the consequences of achondroplasia. RNA has more to offer and we will look at another strategy that may help manage the FGFR3 associated bone growth arrest in the next article.
Posted by Morrys C. Kaisermann at 8:31 PM No comments: 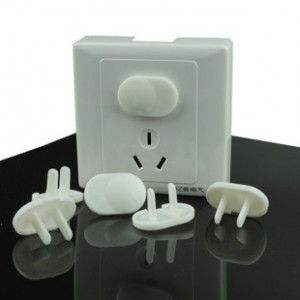 Mirando no FGFR3 no interior do condrócito