Capturing fibroblast growth factors to treat cancer. Could this strategy be used to treat achondroplasia?

Our body cells, regardless of the organ or tissue they pertain to, respect a kind of Constitution: they behave according to a very strict program to multiply, exert their functions and die. Cancer cells lose their identity and do not respect these natural rules anymore; they become outlaws. They disrupt the natural order by abusing of the same energy used by the normal cells, the chemical reactions provided by the myriad of interactions among the thousands of proteins (enzymes) and other energy keeper compounds our body creates to keep functioning. We can say they pick the power lines at will and this capacity is a way to define them. The cell power lines, as mentioned above, are made of chemical reactions organized in cascades of enzymes, triggered by a kind of finger touching the wall power switch. 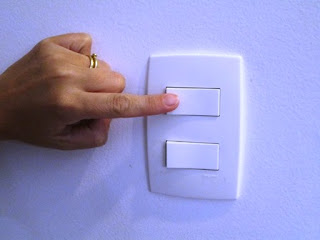 The wall power switch is like a cell receptor, like our familiar fibroblast growth receptor type 3 (FGFR3). A FGF (we call it a ligand) binds to the external part of FGFR3 and starts a cascade of reactions inside the cell. You touch the wall switch and the lamp turns on.


If you cut the power the lamp won’t light on

A Cancer cell uses a lot of receptors to manage the energy and keep growing and the FGF-FGFR signaling cascade has been found to be an important mean by which several kinds of cancer cells are able to multiply and develop. We have commented here in the blog about some of these cancer types which use FGFR3 to keep surviving and growing (multiple myeloma and bladder cancer are just two examples).

Having established the role of FGFRs in cancer progression, several different strategies aiming to block this enzyme family and beat those cancers are being developed. In fact, there are at least two antibodies against FGFR3 under development and several tyrosine kinase inhibitors (enzyme blockers) in clinical trials or already available to combat FGFR- associated cancers. These medicines are all targeting directly the receptor (the FGFR3) as you might remember from other articles of the blog. If the receptor is blocked, FGFs cannot trigger the cell to proliferate and the cancer cell loses the ability to proliferate and / or survive. 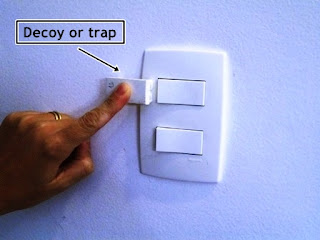 Their experiments, just published in Science Translational Medicine (1) have been showing that cancer cells which are producing mutated FGFR1 or super producing the receptor and also FGFR2 die when FP-1039 is introduced to the medium where they are cultivated.

Mice models, harboring human tumors where FGFR1 or FGFR2 was produced, also responded positively to FP-1039. It is interesting to note that the scientists perceived that not all kinds of cancer tissues bearing FGFR1 mutations were responsive to this compound. So they also made tests to identify which kind of them would be more likely to respond to the treatment and found that those also tend to significantly co-produce (they say express) FGFR3. They have already performed a phase 1 clinical trial (2; NCT00687505), which is mentioned in their recent paper.

It sounds compelling. The idea is simple: if you can’t use your finger to turn on the switch and light on the lamp, the lamp would be kept turned off, isn’t it? This would be very desirable in conditions where the switch (the receptor) is working too much, such as in achondroplasia.

However, things are not so simple and there are doubts regarding the way FP-1039 works. Back in 2011, in an interview for another journal (3) Dr. Moosa Mohammadi (his link is in the lateral menu) pointed out that a characteristic of the target FGFs is that they don’t use to circulate freely. The study of the interactions between the FGFs and their receptors has showed that they are kept like already trapped in the vicinity of the receptors by another set of molecules present in the cell matrix (the interstitium), the heparan sulphate proteoglycans (HSPGs). The growth plate cartilages are rich in HSPGs. Given this structural pattern, Dr Mohammadi questioned that the mode of action of FP-1039 would be less specific (or not exactly targeting the FGFs). One hypothesis would be that FP-1039 would be competing with FGFs for the HSPGs. Without HSPGs, the FGFR can’t be activated. No matter at all, FP-1039 has been showing to work in the tested cancer models.

Could a strategy like this be used to treat achondroplasia?

In theory, the answer is yes. The same principle to justify its use in cancers abusing of FGFR1 or FGFR2 signaling is valid for those situations where FGFR3 is the target. It is relevant to know that the same FGFs that bind to FGFR1 bind to FGFR3. If they are trapped then the receptor remains deactivated and does not signal or exerts its roles in the cell activity. In a condition like achondroplasia, where we just want to stop the receptor, this could be a possible solution.

The issue here is again to have a molecule like FP-1039 tested in animal models bearing the FGFR3 mutation seen in achondroplasia. The toxicity profile of this particular compound is already basically understood (remember, pre-clinical work has already been done as was the first clinical trial), so the first thing is to check if it would work in an animal model. Maybe, in the studies already performed for cancer, the scientists working with it could have already spotted a FGFR3 response to the drug: the growth plates in mice never close definitely, so a residual effect of the drug could be identified in those tested animals, if researchers paid attention to this pattern. In other words, it is possible that the tested animals could have showed additional growth during the tests.